Earthquakes, alien invasions, sinking ships, erupting volcanoes, the end of the world - it seems that audiences across the globe love nothing more than watching a good disaster film where havoc and chaos reign supreme. Unfortunately, there aren't that many disaster films that can actually be classified as "good". Modern American "popcorn" disaster films, such as 2012, San Andreas, and Skyline, almost always deliver hardy portions of gratuitous, CG-laden actions scenes - much to the delight of action film fans everywhere. However, they often do so by sacrificing the one thing that would lift the film from a mere mashup of explosions and crumbling buildings, to that of a well-written story: the characters.

In this recent trailer for The Wave, Norwegian director Roar Uthaug (who's attached to direct the upcoming Tomb Raider reboot) - working off a script co-written by John Kåre Raake (Ragnarok) and Harald Rosenløw-Eeg - appears to have successfully blended a healthy mix of character development, along with high-quality disaster action scenes. Watch the above trailer for the film and see if you agree.

Below is the official synopsis for the movie:

"Experienced geologist Kristian Eikfjord has accepted a job offer out of town. He is getting ready to move from the city of Geiranger with his family when he and his colleagues measure small geological changes in the underground. Kristian gets worried, and his worst nightmare is about to come true when the alarm goes off and disaster is inevitable. With less than 10 minutes to react, it becomes a race against time to save as many as possible, including his own family."

As is stated at in the title credits of the trailer, there actually was a deadly tsunami in 1905 in Møre og Romsdal and Lovatnet in Sogn og Fjordane and again in 1934 in the villages of Fjørå and Tafjord but those were caused by rock slides, not earthquakes. Read more about those historical events HERE.

The Wave originally debuted at Fantastic Fest in Fall 2015, with those who saw it giving the movie plenty of kudos. Critics seemed most impressed at the way the film was able to develop sympathetic characters mixed with outstanding special effects. Not to demonize American action filmmakers (their movies consistently perform well at the box office), but all too often proper character development is a concept lost on modern disaster flicks. Classic disaster movies, such as Earthquake, The Poseidon Adventure, and The Towering Inferno, managed to give audiences deeper characters to connect with but were sorely lacking in the special effects department.

On that note, check out the poster for The Wave:

Movies featuring tsunamis as the central natural disaster are rather new to the movie scene, but became more prominent after the deadly 2004 Indian Ocean tsunami that killed thousands along coastal Thailand. The Impossible, which was set during the aftermath of the Indian Ocean tsunami, was an excellent film, even earning Naomi Watts a Oscar nomination but it would be a stretch to classify it as a disaster movie. The only other movie that may be worth your time to watch (if you can find it) would be South Korea's first ever disaster movie Tidal Wave (2009). Like The Wave, it also attempts (though not entirely successful) to give its central characters depth, while placing them in the middle of the best special effects disaster the budget would allow.

The Wave will receive a wide theatrical release, and will be available On Demand from various digital retailers on March 4th, 2016. 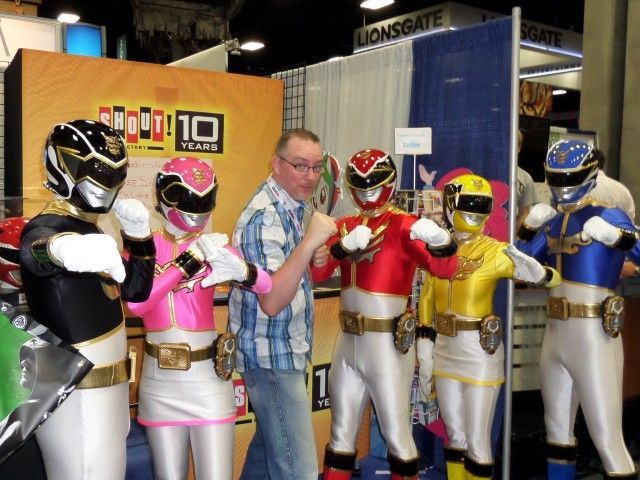 Paul's been with Screen Rant since April 2009 and besides contributing to our Featured List Posts, also maintains our forums as Community Manager. His movie interests vary greatly and you might find him watching "Big Momma's House 3" by himself during a matinee, standing in line to watch "The Avengers" at midnight or live-tweeting a viewing of "Sharknado".