The latest Star Wars: The Rise of Skywalker trailer featured a disturbing shot that apparently confirmed these rumors. It showed a giant red laser beam piercing the surface of a planet from above; there were strong visual similarities to both the Death Star and Starkiller base's laser in Star Wars: The Force Awakens, albeit on a smaller scale. It really does look as though The Rise of Skywalker will feature another Death Star.

Related: What Star Wars 9 Needs To Do To ACTUALLY End The Skywalker Saga

On the face of it, this seems more than a little repetitive. But it's possible Death Star technology has actually improved in the decades since Return of the Jedi. If so, the Death Star's greatest weakness could have been dealt with, meaning this plot will see the Resistance face a more terrifying threat than ever before.

The Death Star Had A Fatal Design Flaw

The Death Star's design flaw is the stuff of legend; a small thermal exhaust port, with a shaft leading straight down to the reactor system. As shown in the first Star Wars film, a precise hit can start a chain reaction which can destroy the entire Death Star. Rogue One: A Star Wars Story revealed that this was a deliberate act of sabotage conducted by Galen Erso, the scientist who worked out how to tap into the power of Kyber Crystals in order to create the Death Star superlaser.

The Rogue One novelization revealed that Erso used project manager Orson Krennic's own bureaucracy against him. Krennic had mandated that the Death Star should be able to fire repeatedly at speed, envisioning the superweapon being used to cut a bloody swathe through capital ships as in Return of the Jedi. That gave Erso his opportunity; he deliberately designed the reactor core so that repeated use of the superweapon would cause a dangerous buildup of energy. This was only realized late in the day, when the bulk of construction had already been completed, meaning the Empire wanted a quick fix. The thermal exhaust port was the most efficient solution, and Erso quietly avoided letting his Imperial masters know that it became the Death Star's Achilles Heel.

The latest Star Wars: The Rise of Skywalker trailer may have shown a Death Star laser blast, but at first glance it didn't show the superweapon itself. It did, however, include Palpatine's secret fleet of Imperial Star Destroyers. These are old-school ISD designs, but with one notable difference: it's only visible if you adjust the contrast, but they carry some sort of additional gun-port on the bottom. Given the sheer size of an Imperial Star Destroyer, this is quite a significant structural alteration. It presumably indicates that these ISDs carry a new weapon.

The logical conclusion is that this is Death Star technology; that each one of the ISDs carries a small Kyber reactor to generate a superlaser. That would neatly explain why the Star Wars 9 trailer shows what seems to be a smaller-scale version of the Death Star beam, and would indicate that this next superweapon is actually possessed by the resurrected Palpatine, not by the First Order. Disturbingly, it's possible that all these "Death Star Destroyers" could still combine their energy into a single, devastating shot. That would be equivalent to the lattice on the original Death Star itself.

This would also be a wise move in terms of manufacture. No doubt restructuring a Star Destroyer to add a superweapon is a costly modification, but it would be far easier than constructing another Death Star. Furthermore, the Emperor's new weapon project wouldn't be put on hold while his forces scoured the Unknown Regions looking for massive deposits of Kyber; they could settle for finding smaller deposits, exhausting them creating a handful of Death Star Destroyers, and then move on to the next planet for more Kyber.

Could Palpatine's New Superweapon Have A Different Vulnerability? 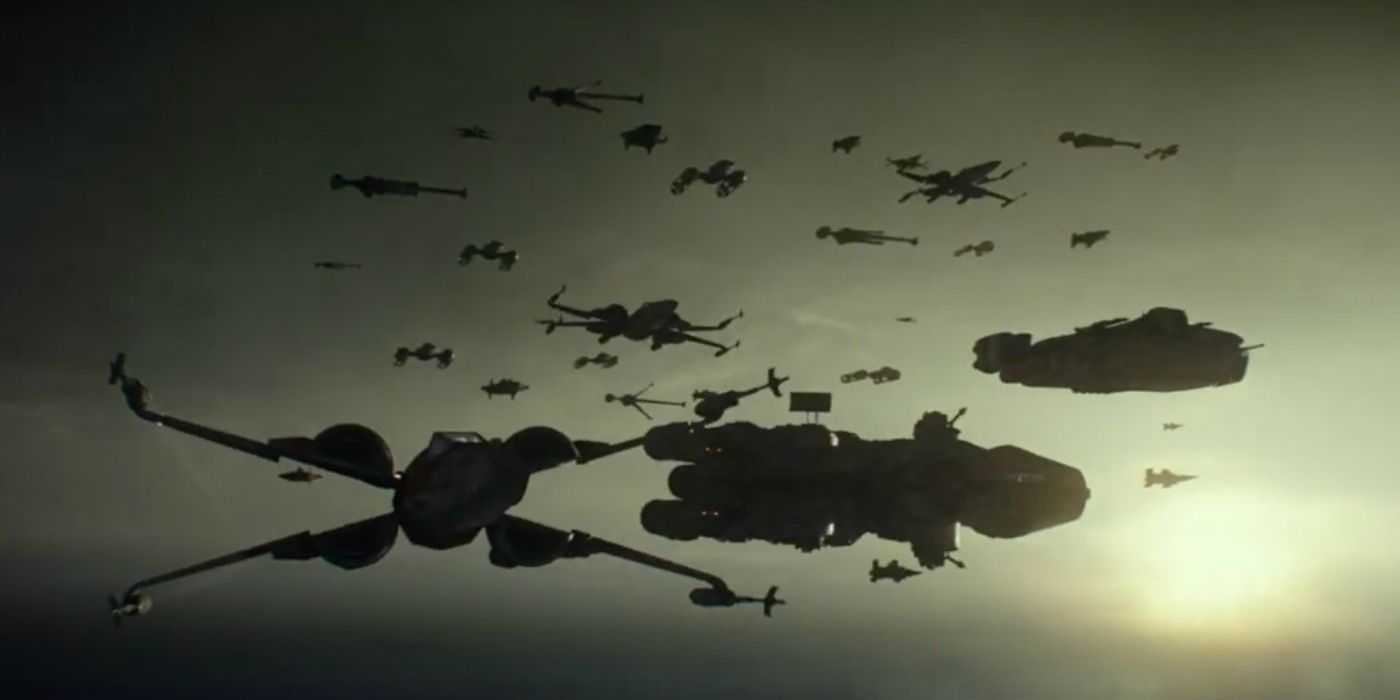 Assuming this theory is true, Palpatine's new approach has dealt with the Death Star's greatest weakness - but it could well have created another one. Imperial Star Destroyers are powerful, but they're certainly not unstoppable, and the old Rebel Alliance became experts at taking them down. The best strategy was to deploy B-Wings, with a protective screen of X-Wings. The B-Wings were developed for the Rebel Alliance during the Galactic Civil War, and they specialized as blockade busters to attack and destroy large capital ships. They're small enough to dodge turbolaser fire, which probably means they'd be able to evade superlaser blasts as well; while they lack the agility to participate in dogfights, the protection of X-Wings usually ensured they survived long enough to take down their targets. Significantly, the Star Wars: The Rise of Skywalker trailer showed a glimpse of the Resistance fleet - and it included B-Wings with what seemed to be a fighter escort.

Of course, defeating Palpatine's Death Star Destroyers still wouldn't be easy. He has a vast fleet, and so long as one of them is still active, there are little planet-busting superweapons in play that can tear entire worlds apart. But each time a capital ship is taken down, the Emperor loses power appreciably, because he is unable to concentrate as much energy in a single devastating shot. It's not inconceivable that could be a deciding factor in Star Wars: The Rise of Skywalker.

Tom Bacon is one of Screen Rant's staff writers, and he's frankly amused that his childhood is back - and this time it's cool. Tom's focus tends to be on the various superhero franchises, as well as Star Wars, Doctor Who, and Star Trek; he's also an avid comic book reader. Over the years, Tom has built a strong relationship with aspects of the various fan communities, and is a Moderator on some of Facebook's largest MCU and X-Men groups. Previously, he's written entertainment news and articles for Movie Pilot. A graduate of Edge Hill University in the United Kingdom, Tom is still strongly connected with his alma mater; in fact, in his spare time he's a voluntary chaplain there. He's heavily involved with his local church, and anyone who checks him out on Twitter will quickly learn that he's interested in British politics as well.