The official look of Jodie Whittaker's Doctor has been revealed - and it's full of easter eggs hearkening back to previous versions of the Time Lord. Whittaker will make her screen debut as the Thirteenth Doctor on BBC’s time and space-traveling Doctor Who on Christmas Day 2017, with a full season airing later in 2018. In a long tradition of unique, extraterrestrial-inspired costuming, the 54-year-running science fiction series has dabbled in fedoras, frocks, and frills, and this latest iteration is a classic throwback with some fittingly stylish modern touches.

When the First Doctor made his debut in the 1963 pilot episode titled “An Unearthly Child,” actor William Hartnell introduced audiences to the rebellious Time Lord in a black and white outfit that married “Oxford professor” with “grandfatherly wizard.” He was a spritely curmudgeon more often than not, so the outfit was appropriate. But over the years, the look evolved. In later iterations, the Doctor outfit embraced his underlying whimsy, and though he spends most of his time on Earth, his aesthetic inspirations have always felt a bit alien.

With every regeneration comes change; a change of personality, a change of physical features, and a change of attire. That said, the changes always nod to past iterations of the character, and with Jodie Whittaker now piloting the TARDIS, that tradition continues.

Starting from the ground up, Whittaker's boots are an almost direct reference to Matt Smith’s Eleventh Doctor. During his first and second seasons as the Doctor, Smith rocked a simple scholarly look that prided itself on Tweed and bowties, but in a show that relies heavily on running, his boots carried all the weight. Literally. The boots that Whittaker is rocking seem to nod to soon-to-be-former showrunner Steven Moffat's glory days, back when Eleven donned a pair of rotating brown or black All Saints boots. And as far as the socks go, the blue palette is appropriately nodding to the TARDIS.

The Pants Go Back To The Second Doctor

Moving up, the Thirteenth Doctor’s high-waist, wide-leg goucho pants are definitely unique in Doctor Who canon, but if they had to take some form of inspiration, the Second Doctor seems to be the most fitting choice. Neatly cuffed at the bottom (and blue, because of course), these pants harken back to the Second Doctor’s loose-fitting trousers, sans print. Naturally, also like the Second Doctor, they're held up by a set of suspenders (or braces), which themselves are nods to not only the Second Doctor, but the Eleventh as well.

The Shirt Is Very Nu-Who

The Doctor has always been a character with a penchant for buttoned-down shirts. That said, the Thirteenth Doctor is following her predecessor’s evolution from neatly-pressed buttoned down shirts to loose-fitting tees, which also nods back to the Ninth Doctor's dark-on-dark-on-dark motif. The collected pop of colors running horizontally across the shirt seems to be a muted callback to both the Sixth Doctor's rainbow explosion of an outfit and a minor feature on the Fourth Doctor's famous scarf.

The Jacket Is A Mash-Up of Four, Five and Ten

The Doctor loves his jackets. In fact, there hasn't been a single incarnation who hasn't worn one. That said, the various jackets have differed a bit. For example, where the Second and Seventh Doctor rocked blazers, the Fourth and Tenth Doctors preferred length with their trademark trench coats. The Thirteenth Doctor falls in line with the latter.

Now, aside from the length taking obvious inspiration from Four and Ten, this jacket is very much a nod to Peter Davison's Fifth Doctor - not only in the lighter hue (see the Seventh Doctor as well), but in the stitching too. It might also be worth mentioning that Whittaker will be the series' second blonde Doctor, following Davison, so these added visual cues might give some kind of hint towards what sort of personality this particular incarnation will have. Also, assuming that is a hood hanging over her shoulders, and not just a long collar, she may be carrying over a love of hoodies of which her predecessor, the Twelfth Doctor, was particularly fond.

The Piercings Are All New But Fit The Character

Last but not least, there are those three piercings on Whittaker's left ear. Now, even though there hasn't yet been a Doctor with any (known) piercings, the character is, by no stretch of the imagination, a bona fide rebel. Where the other Time Lords might have preferred prim and proper, the Doctor has always been one to lean closer to offbeat and eccentric. He (now she) is the mad, maverick punk of Gallifrey, so despite the piercings being unprecedented, they are by no means unexpected.

Next: Doctor Who: How To Dress Like The 13th Doctor 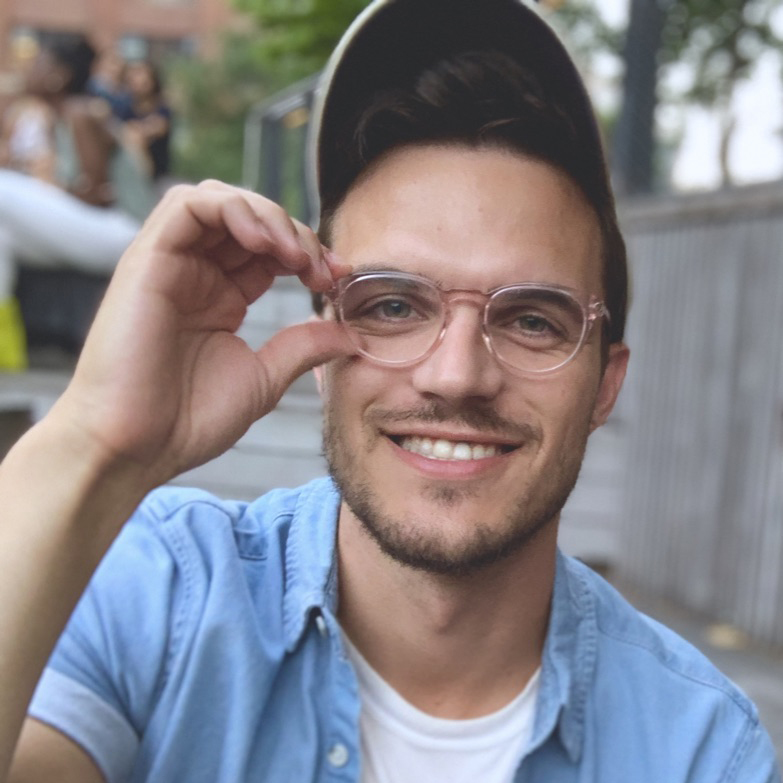 Danny Salemme is Screen Rant's lead Reality TV editor. Based in Brooklyn, NY, Danny studied Film at Full Sail University in Winter Park, FL, spent some time working in production on both the east and west coasts before refocusing his career toward entertainment journalism, studied Improv and Sketch Comedy at the Upright Citizens Brigade in Manhattan, and is an independent filmmaker. Unbeknownst to his mother, he spent his youth watching bargain bin horror movies at his babysitter's house. When he's not sending celebratory GIFs to Screen Rant's crack Reality TV writing team, Danny's writing and producing short films and rewatching Bob's Burgers on a perpetual loop. His favorite childhood Halloween costume is a toss-up between Mrs. Doubtfire and Jason Voorhees, he'll never say no to making-of documentaries, and awards season is his weakness. Follow him on Twitter and Instagram @DannySalemme and check out his interviews, published work, and creative writing at dannysalemme.com.