DC Universe's Titans series depicts a much darker world than the animated shows about the same characters, and now it's confirmed that Dick Grayson's Robin was a killer, even as Batman's sidekick. The question of vigilante brutality has been a big issue in recent years, especially since Ben Affleck's portrayal of the caped crusader in Batman v Superman: Dawn of Justice, and Titans certainly makes bloody fights and questionable violence central to its plot.

The first season of Titans largely revolved around Dick Grayson's Robin and his struggle to get out from under Batman's shadow. The first episode revealed Robin was hardly the happy go lucky Boy Wonder fans might be familiar with, brutally attacking a gang of criminals, proving he's not your mamma's Robin with his infamous "F*** Batman" line.

While Dick struggled with violence in the show's first season, it always seemed clear there was a line Robin tried to avoid crossing, even if he was more brutal, the show didn't explicitly show him crossing that line. The closest he ever got was when he chose to allow his parents' murderer, Tony Zucco, to be killed when he could have stepped in to prevent it. However, that line might not be as firm as fans were led to believe, as Titans season 2 indicates Robin wasn't so hesitant to take a life after all.

While attempting to capture a recently escaped from prison and powered up Doctor Light, Robin hesitated to apprehend him when he's distracted by an approaching bus. After returning to Titans Tower, Hawk accuses Robin of going soft, "you had a chance...maybe you've lost the taste for how this works...the old robin would have taken the first [shot]."

The implication here is clear: when forced to make a choice between completing a mission and saving lives, Hawk thinks "the old Robin" wouldn't have hesitated. Whether this would have meant sacrificing innocent civilians on the bus to apprehend Doctor Light, or killing Doctor Light to complete the mission and save the civilians, it's clear Hawk believes Robin would have made one of those choices instead of allowing him to escape altogether, which is arguably even more egregious than when he allowed Tony Zucco's assassination.

Given, Hawk believes even more people will die now that Light is powered up and on the loose, meaning it may not be a decision between life and death so much as a decision to control the body count. While Batman and Robin in the comics have had blood on their hands at various points (even killing isn't entirely off-limits), they're also traditionally known for their attempts to prevent death altogether, something this Robin is a clear departure from.

The world of Titans certainly strives to be a more grounded take on the mythos, meaning idealistic comic book stories where superheroes are confronted with a Sophie's choice and still come out without bloodshed just might not be as realistic as it is on the pages of a comic, bringing to mind Zack Snyder's recent statement about Batman's violence in Batman v Superman: Dawn of Justice.

Whether Robin's hesitation will ultimately cause more death as Hawk says, or the heroes will be able to miraculously apprehend Light without significant bloodshed remains to be seen, but the old Robin that would have accepted such losses is gone, as Dick Grayson tries to separate himself from his bloody past without compromising his ability to save people. 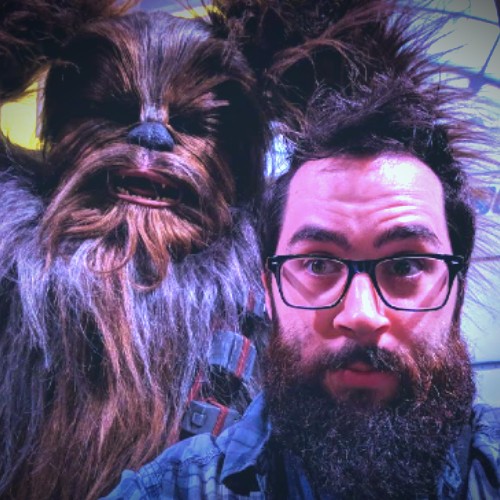 Screen Rant features editor and social media maven, Stephen has been writing for the site since 2016 and enjoys all manner of movies and TV, especially when it gives reason to obsess over minor irrelevant continuity minutiae.
Stephen has been infatuated with movie magic on screen )and also peeking behind the scenes to demystify them) since wearing out his VHS copy of The Making of Star Wars when he was 7 years old and crazy about the deep lore of fictional universes ever since reading the Silmarillion when he was 9.
When he's not deep in the weeds of Star Wars canon or breaking down the mechanics of fictional worlds like John Wick or Bright or proving the existence of the Snyder Cut, he's probably chasing after his two tiny hobbit children or getting himself into trouble on Twitter @smcolbert.
Yes, that's his real name.