What if Avengers: Endgame is bad? The hype for Avengers 4, direct sequel to Infinity War and swansong to the original roster of Earth's Mightiest Heroes, is presently reaching to Titan and back. In fact, it's so anticipated and well-established by the past 11 years of Marvel Studios, that the film may even be able to weather being a disappointment.

2019 sees the "end" of many major franchises. Game of Thrones season 8 airs its finale in May, Toy Story 4 closes off Woody's journey in June and Star Wars 9 ends the Skywalker Saga in December. But before all them, the MCU's 22-movie Infinity Saga wraps up with Avengers: Endgame. Now, technically none of these are the true final entry of their series - the MCU will move into Phaes 4, Star Wars has multiple spinoff series in development, Game of Thrones has a prequel coming next year and Toy Story Toons will undoubtedly continue - but each of these stories still has a real sense of finality.

Nevertheless, with finality a key marketing tactic, the pressure is on to get it right. Most of these series have a fair few skeptics - Star Wars' sequel trilogy has proven divisive, Game of Thrones had a rocky penultimate season, and skepticism over another Toy Story is high - but one that feels untouchable is Avengers: Endgame. The movie's intense excitement has only begotten extreme confidence, to the point that it seems impossible to will disappoint. And that may because it marks the point where the MCU experiment has transcended traditional elements: if Avengers: Endgame is bad, it wouldn't even matter.

Real Talk: How Could Avengers: Endgame Be "Bad"?

Avengers: Endgame isn't going to be a standard film by any measure. A three-hour epic (the longest tentpole in over a decade), it's the second part to Infinity War, which was certainly a different movie to what most blockbusters deliver. It can be read as following a three-act structure but the canvas is so wide that the flow is alien. What holds everything together is Thanos and his twisted "hero's journey". This has led many to describe him as the film's protagonist, but while he fits that role on paper, there's no hiding his villainy. None of this hurts the film (unconventional structure is certainly no bad thing), which has so much tied together. What it does, though, is put a lot of weight on emotional connection and character; Infinity War's critics tend to hone in on the impenetrable onslaught of quickly-defined ideas and open ending, with what appeals to its fans being the various heroes.

Being a glorified Part 2, Avengers: Endgame will undoubtedly repeat these aspects, with the extended runtime (it will clock in over 20 minutes longer) putting it at the risk of bloat and disparate meaning.

Specific concerns come from Avengers: Endgame's likely use of time travel. Ever since set photos from the back-to-back shoot of Avengers 3 & 4 showed Ant-Man and a blond Tony Stark in The Battle of New York, the presiding theory for Endgame is that the heroes will attempt to undo Thanos' snap by going back to the previous movies. An onslaught of evidence ties the film to the Quantum Realm and its time vortexes, while footage from the set photo sequence appeared in the latest trailer digitally altered. The fear with this is that time travel is inherently illogical and nigh-on impossible to keep within the confines of its own rules; a problem exacerbated by the MCU's already confused timeline. As Back to the Future proves, making sense can be secondary to entertainment, but it's nevertheless a concern for a culminating film.

Related: Marvel Movie Timeline: A Complete History Of The MCU

None of this are to say that Avengers: Endgame will be bad, merely to show how something of this scale certainly runs the risk of missteps. You need only look to the second Avengers film, Age of Ultron, to see how a multitude of intriguing elements can come unsatisfyingly; Joss Whedon's second MCU film was the product of immense production debate (it led to the disbanding of Marvel's Creative Committee) and that push and pull is at the forefront of the confused movie regularly cited in the bottom strata of the MCU.

Avengers: Endgame Will Satisfy Even If It's Not "Good"

The positivity that Marvel has built up around the MCU over the past decade is incredible. At the core is the basic fact that the movies are uniformly good, with even the more disappointing entries still maintaining a basic level of "fun" quality. This, coupled with the interconnected world despite narratively-singular films that rewards deeper exploration, keeps the entire franchise bolstered. While low-end films like Ant-Man and the Wasp are rightly criticized and bold entries like Thor: Ragnarok prove divisive, there's evident goodwill towards the MCU from the majority.

And Avengers: Endgame is the pinnacle of this. It's got direct connections back to every previous movie - whether that's directly continuing Avengers: Infinity War's cliffhanger or rounding off character arcs begun last decade - and, given the Russos previous three Marvel movies, competency of production isn't treated as a question. But what really nullifies the quality concerns raised above, at least from a general audience perspective, is how so much of what Endgame is trying to do has already been done.

When the movie kills whoever it's going to kill - Iron Man and Captain America are obvious favorites given how Robert Downey, Jr. and Chris Evans' Marvel contracts are up - or the snap victims are brought back to life, Avengers: Endgame will be providing moments so impactful from a plot perspective that how they're delivered almost won't matter. We've had 21 movies of setup, this is just the final step, meaning so much of the excitement the Russos want to cultivate is already inferred. Barring something truly contradictory, audience satisfaction feels almost guaranteed.

Page 2 of 2: What Avengers: Endgame Disappointing Would Mean To The MCU's Future 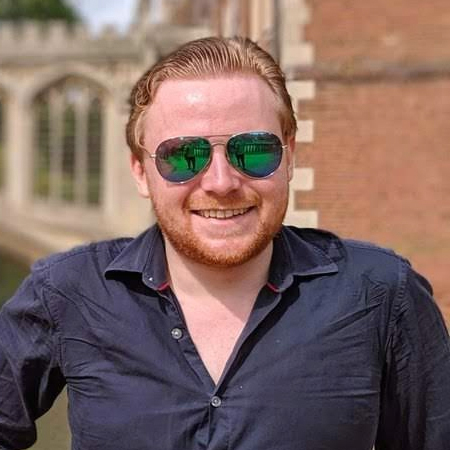