Amy Schumer, the American stand-up comedienne and an actress, debuted in her first major film role in 2015 with the comedy, Trainwreck. Since then, Schumer has been popping up all over the place with hosting gigs, stand-up comedy special, her own sketch comedy show on Comedy Central, and award shows.

Related: The 13 Best Romantic Comedy Movies Of All Time, According To IMDb

She is also an accomplished author with her memoir, The Girl with the Lower Back Tattoo, skyrocketing to the top of the New York Times Non-Fiction Best Seller list where it stayed for two weeks. In addition to being nominated for WGA Awards and a Golden Globe, Schumer has also been nominated for multiple Grammy Awards for her comedy albums. Here's a list of some of the funniest quotes we've ever heard Amy Schumer say.

10 "We have to be role models for these little girls, because who do they have?

When Amy Schumer hosted Saturday Night Live, she delivered a hilarious monologue, as expected. One of her jokes hit the Kardashians directly. "We have to be a role model for these little girls, because who do they have? All they have is the Kardashians, and like, we used to have Khloe. Khloe was ours. Whenever there's a group of women, you identify with one of them.  Khloe, she lost half her body weight. She lost a Kendall!"

Despite Khloe Kardashian taking offense to this joke, Schumer has a point. The Kardashians promote unrealistic standards of health and beauty. But Khloe used to be the sole Kardashian who looked like an average American woman. Then she got as much work done as her sisters, or "lost a Kendall," as Amy teases. Now we're back to square one.

While at the 2015 MTV Movie Awards, Amy Schumer had a little fun talking about Chris Pratt's shapely behind. Her joke is particularly hilarious since she claims she would like to be the "guardian" of his butt. We all know that Chris Pratt is now a Guardian of the Galaxy, playing Peter Quill in the Marvel Cinematic Universe.

Related: Guardians Of The Galaxy Vol. 3: 10 Questions About The MCU's Universe It Needs To Answer

Sometimes it's nice to know celebrities are just as affected by other hot stars as us mere mortals. Schumer crushes hard on the infamous Hollywood Chrises just as hard as anyone one else does. Plus, Pratt is known to have an excellent sense of humor, so he probably took the compliment in stride.

Amy Schumer has always been vocal about her body weight. The truth is, she looks more like the average American woman than the majority of Hollywood starlets. During a visit to the Ellen Degeneres show to promote her hosting gig for the 2015 MTV Movie Awards, Schumer talked about what it was like being in Los Angeles.

She claims her "arms register as legs" because most of the women in L.A. ascribe to unhealthy standards of body weight, meaning they're stick-thin. She went on to say she wouldn't move to the city because she didn't feel like she fit in.

7 "I'm sorry, were you flirting with that beer?"

If you're a fan of Amy Schumer, then you've probably watched her sketch comedy television show on Comedy Central called Inside Amy Schumer. She did one sketch where she makes fun of the many beer commercials out there featuring men flirting with their beer. The apparent purpose of these commercials is to make it seem like men would prefer a cold, delicious, beer than a sexy woman.

Many of these commercials follow the same patterns, and Schumer lampoons the tactic with this hilarious sketch. She deliberately calls out one of the guys making faces at the alcohol behind her and asks if he's "flirting with that beer." The sketch concludes by saying it was advertising D**k Hole Beer: Finally, A Beer You Can F**k.

During an interview with Esquire, Amy Schumer talked about being labeled a sex comic. She had a cheeky response to this label saying, "I get labeled a sex comic. But if a guy got up onstage and pulled his d**k out, everybody would say: 'He's a thinker.'" It's an interesting observation for Schumer to make.

Even though she often jokes about sex and has a crude sense of humor, she gets called a sex comic despite numerous male comics doing the same thing. They're labeled comedians, but she gets a specific brand. Her analogy is hyperbolic, but it's still humorous to consider, primarily because there is a grain of truth there.

5 "Nothing good ever happens in a blackout."

We've all been there. You go out with friends and have a little too much to drink. Suddenly a "little" too much turns into "way" too much and you blackout for the night. As Schumer said at the Oddball Comedy Festival, "nothing good ever happens in a blackout. I've never woken up and been like, 'What is this Pilates mat doing out?'"

It would be nice if, while you were out, you did something productive like a rousing round of Pilates or even some cleaning around the house, but odds are, you spent all that time asleep or doing something super embarrassing.

4 "I went home with this French guy 'cause he said something adorable."

For most people, going home with someone you just met requires a fair bit of preparation. But for Amy Schumer, she jokes, all it takes is making sure they have an apartment... at least if you're French. One of her best quotes: "I went home with this French guy 'cause he said something adorable, like, 'I have an apartment.'" He probably said something more than that, but Schumer is excellent at being both sarcastic and self-deprecating.

Related: 10 Quirky Comedies To Watch If You Like The Big Lebowski

She knows how to poke fun at herself and doesn't mind being brazen about what she likes and dislikes. What's even funnier about this joke is we've all been in situations where someone foreign is talking, and even though you don't understand them, the allure of their accent is charming enough to make the conversation worthwhile.

3 "I made out with a homeless guy by accident."

It happens to the best of us, I think. Sometimes you meet someone cute, and then you find out they're homeless! Nothing wrong with that. As Amy Schumer tells the story, "I made out with a homeless guy by accident. I had no idea - he was really tan, he had no shoes on. I just thought it was, like, his thang, you know? I was like, 'He's probably in a band.'"

The funniest thing about this anecdote is Schumer assumed this guy was in a band. It does say something about musician hygiene. It's not uncommon for bands to travel in cramped quarters together. It can be pretty confusing.

People sometimes judge the level of expected attraction in other people based on their geographical location. Many people think Los Angeles is home to most of the beautiful people in the United States due to its proximity to Hollywood. New York is one of the fashion capitals of the world, so of course, if you're not decked out in designer clothes, you might stick out like a sore thumb.

Schumer once teased she was like "a six -- seven with all the padding" in New York, while in Miami, she was like a "negative three." Miami is a beach town, so people there might be "beach body ready." Schumer's hilarious, realistic comedy makes her super relatable.

1 "All my friends are getting married."

Once you reach a certain age, you start to realize all your friends are getting married or having kids and if you're not, you feel left behind or wonder what you're supposed to do next. This starts to happen in your twenties and then continues throughout the rest of your life, pretty much.

Schumer made a great joke about it when she said, "All my friends are getting married. I guess I'm just at that age where people give up." Of course, she was being sarcastic, but it's kind of funny to think about people "settling" with whoever they wind up with. It's an excellent way to stop yourself from feeling too sad about it, just don't tell your friends you think that.

Next: Which Netflix Comedy Series To Binge Based On Your Zodiac Sign 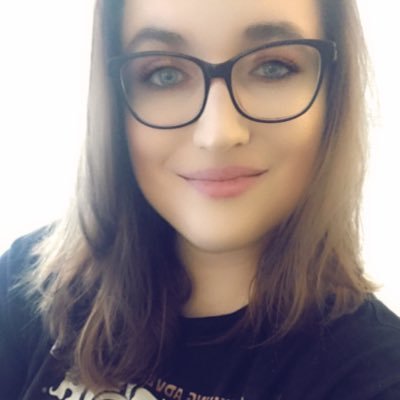 Horror Junkie. Blogger. Fiction Writer. The main things I care about in life can be found on a screen, film, television, video games, add horror into the mix and I'm in love. I write for several online sites and am currently working full-time as a freelance entertainment writer!